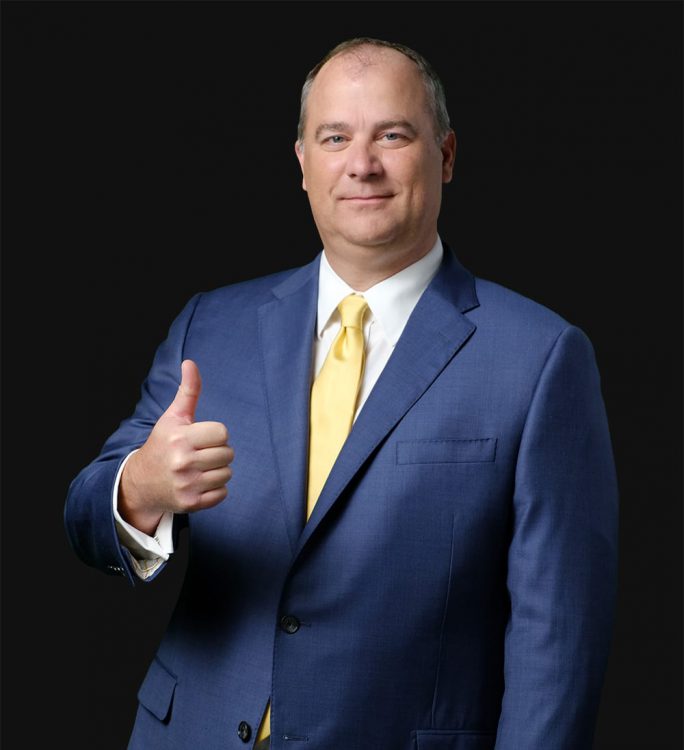 Admitted to practice law in Alabama in 1998, Jeff spent 14 years practicing law with an insurance defense firm in Montgomery, Alabama. While a defense attorney, Jeff became a prolific trial attorney, trying numerous jury trials throughout the state of Alabama in both Federal and State courts.

Relentless. Skilled. Prepared. Tenacious. All of these words describe Jeff’s work on behalf of his clients.

Jeff understands that painstaking preparation, careful analysis, and attention to detail win cases. In an era when very few cases are decided in a courtroom, Jeff takes pride in trying cases to a jury whenever and wherever defendants are unwilling to accept full responsibility for their wrongdoing.

Jeff takes great pride in representing the rights and interests of individuals who have been injured as a result of the wrongful conduct of individuals and big corporations.

With a solid reputation for his litigation skills and ability to resolve complex legal problems, as well as for his honesty and integrity, Jeff is “AV” Preeminent Peer Review Rated by Martindale-Hubbell®, the highest recognition possible in the legal industry for professionalism and ethics.

Away from the office, Jeff and his wife take great pleasure in raising their three children. Jeff and his family are members of the First United Methodist Church in Montgomery. Jeff is active in the Montgomery area and especially enjoys coaching youth sports.

Call Floyd Hunter for your Free Legal Consultation at 334-213-9420, or fill out the Free Consultation Form below.