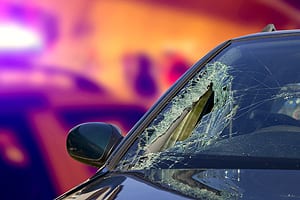 Although it may seem like such a small action, wearing a seat belt is very important. Thousands of people involved in car accidents each year survive because they were wearing seat belts. In fact, the CDC reports that seat belts can reduce serious car accident injuries by 50%.

Recently, a 36-year-old woman from Montgomery tragically died in a car accident. Her car collided with another vehicle on Highway 49, and she was pronounced dead at the scene of the crash. The other driver sustained injuries, but is alive. Our thoughts and prayers go out to the victim and her family during this difficult time.

The Alabama Law Enforcement Agency (ALEA) reported that the victim was not wearing a seat belt at the time of the accident. According to the CDC, more than half of teenagers and adults who passed away from car accidents were not wearing seat belts.

Certain people are typically less likely to wear seat belts than others. Let’s take a look at these stats:

Regardless of preference, in Alabama, it is illegal to not wear a seat belt in most instances. Under Alabama Law, all front-seat occupants must wear a seat belt. Back seat passengers under the age of 15 are required to wear seat belts as well. However, it is a best practice to always wear a seatbelt, regardless of age. Those who violate the law must pay a $25 ticket.

According to Alabama Public Health.gov, motor vehicle accidents are the main cause of death in Alabama residents who are one to 34-years old. This alarming statistic alone demonstrates why it is so important to stay safe while driving and wear a seatbelt. In fact, as an Alabama driver, you have a 54.1% chance of being involved in a fatal crash, or sustaining injuries from a motor vehicle crash, in your lifetime.

With the statistics about the effectiveness of seat belts and risk of accidents in mind, it is important to set an example of wearing a seat belt for your family and friends. Below are some tips to make seat belt use a permanent habit.

If you or a loved one are seriously injured in a car accident that was not your fault, call the experienced Alabama Car Accident Attorneys at Floyd Hunter at 334-523-8150.

When you call the leading Montgomery Alabama car accident lawyer, you’ll receive a FREE case evaluation. There is never an attorney’s fee due upfront and we don’t get paid until you do. It’s that simple.

We will fight to protect your rights to the fair insurance settlement that you deserve when injured in an accident. Call Floyd Hunter Injury Law for a Free Legal Consultation at 334-523-8150.